I’m like a mouse in its box. A little mouse safe in its shelter, that passes his time gnawing the food stored for the winter. But my food are the drawings. I work within my home. My studio is a room of the house in which I live. In this relatively small space are accumulated all the materials and equipment I need to draw and paint, but in a certain sense also the suggestions that inspire my work. Here are the desks and drawing boards, with brushes and paint colors, but also, on the walls or placed in closets, paintings and drawings (I think each finished work is always an inspiration for the next, in somehow). A great source of ideas are books and music, and of course the PC. The graphics programs and virtual modeling programs have become over the years a valuable support, but obviously the richest mine is the internet: a reservoir of images and ideas from which to draw, and in which we often are lost (in addition to photos of my own travels, all stored on the computer). It’s a small microcosm closed in on itself, rather impervious to the outside world (despite a large window with a beautiful view of Turin, almost always I work with the curtains closed). It is a bit as if the suggestions of the real world were allowed to enter here only after being filtered and digested, only after it has been already turned into experience. Exactly like a rat, eating quiet its supplies in its den, waiting for the end of winter. 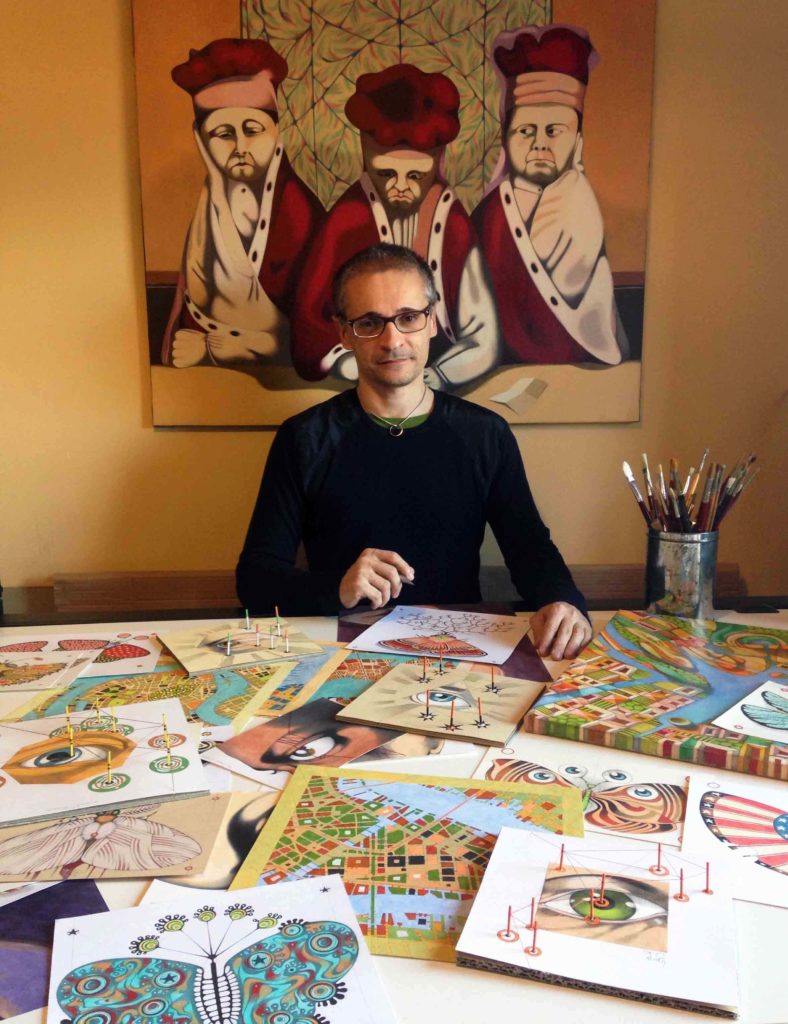 In my artistic research I’ve always been attracted to all that is sortable, classifiable. Perhaps this attitude stems from a primordial insecurity, and perhaps the illusion of putting order into chaos eases this concern. To start this game is sufficient to identify a subject that lends itself to variations, and the game consists precisely in identifying the rules that form the basis of possible changes. It ‘a little like discovering a new language and trying to decipher the syntax, grammar, exceptions. With these assumptions, it is easy to see that the subjects of this research can be the most different and in fact my designs ranging from butterfly collections to herbaria, from ancient bestiaries to manuals of anatomy, maps, human faces, hands, pornography, flags … They are all languages having their own vocabulary, and my attempt is to isolate it and reinvent it, trying to generate new meanings.

Consider for example a road map or a map. They are born with a practical, precise purpose. Some graphic conventions, signs, symbols are chosen to represent on paper all the information that the map must contain. This at the end generates an aesthetics. What happens if I isolate this technique of representation from the purpose for which it was created and alter the rules that govern it? Does it continue to convey meaning? This meaning will be new and unexpected? Or for the reader this will be meaningless, as an unknown language? 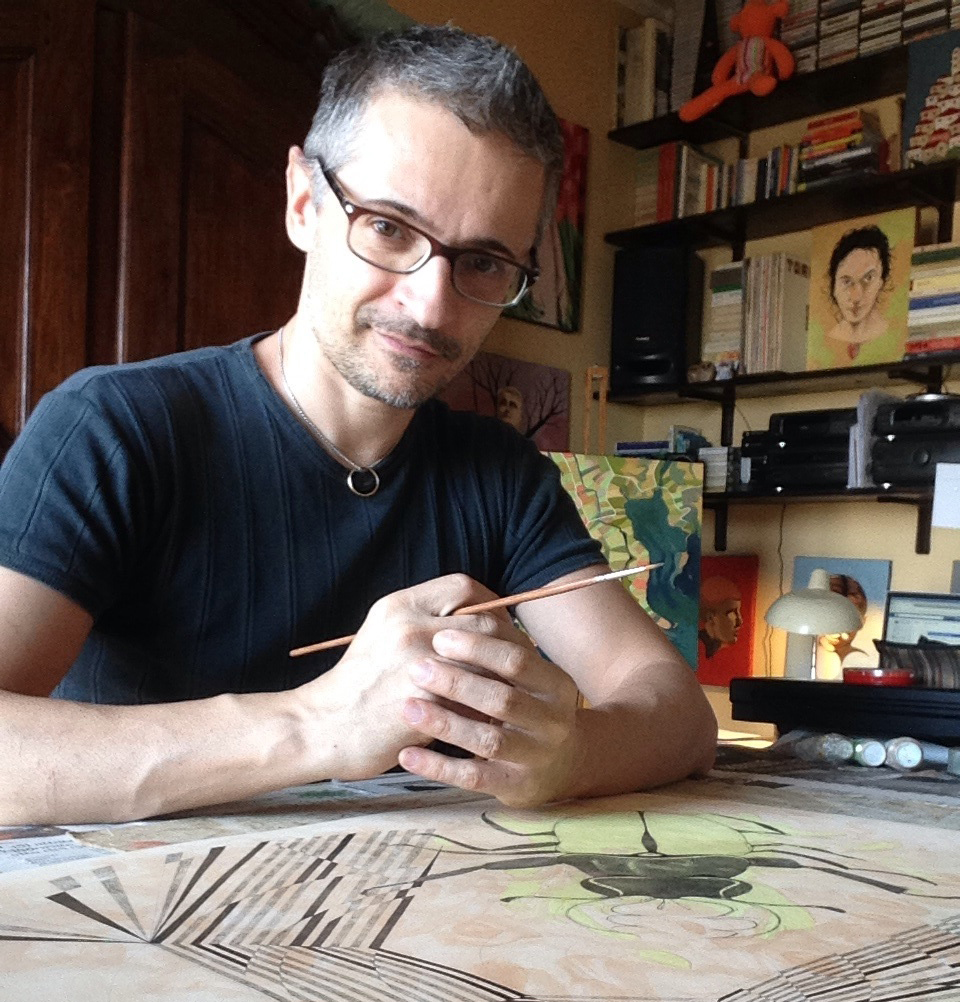 To paint has always been the thing that gives a reason in my life. At a certain point of it I understood that it was impossible for me to smother this propensity, in favor of some more profitable job, and this is why I decided to try to make of it a possible job, despite all difficulties and lack of money! In a certain sense, this era of uncertainty and change that we all are living, allows us to try to change the lack of security into an opportunity, being always open to accept what can come.

” I draw everyday. When I was 15 I wanted to be an artist so I drew all the time. It was my only visible talent. Whatever you want to do, the only secret is to believe in it and satisfy yourself. Don’t do it for anyone else paint first and foremost to cure myself “. Keith Haring, 1987