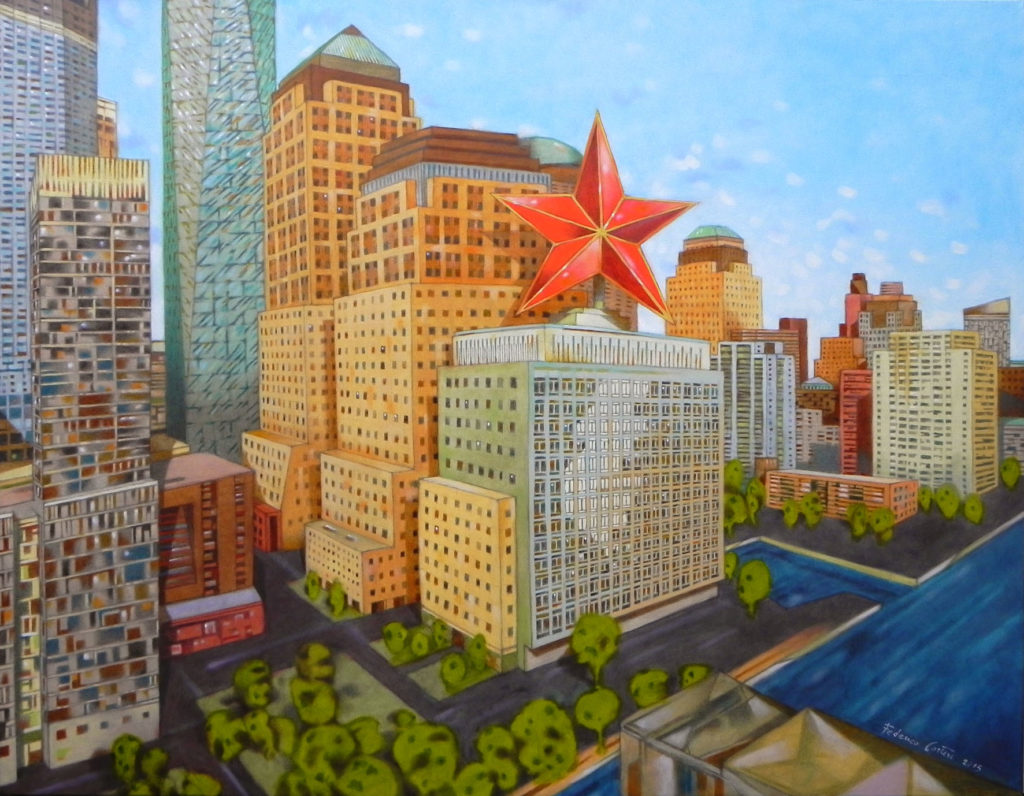 Franz Kafka never moved from his Prague. For the setting of his novel “Amerika”, he probably used the notions  that he took from the newspapers and from his literary knowledge. Then he filled the gaps left by that informations with his imagination, inventing a really comprehensive and credible setting. Today he wouldn’t have this problem, because the network provides us with detailed and substantial information on anything. The universal knowledge is available to all. And everyone, sooner or later run into the same two problems: this information is too much, we do not need it! (till  the point that often we remain submerged and we do not know anymore what we were looking for). And then, how do we verify its authenticity? The virtual reproduction of the real world offered by the internet is so plausible, to make hard this verification. And often that virtual world is more attractive than the reality, to the point that this verification is not so important. Is this news true? Is this picture real? Or is it a montage? No matter, as long as it catches our attention. And this red star? Wasn’t it on the domes of the Kremlin? What is it doing on a skyscraper in New York? No matter, it’s good enough … 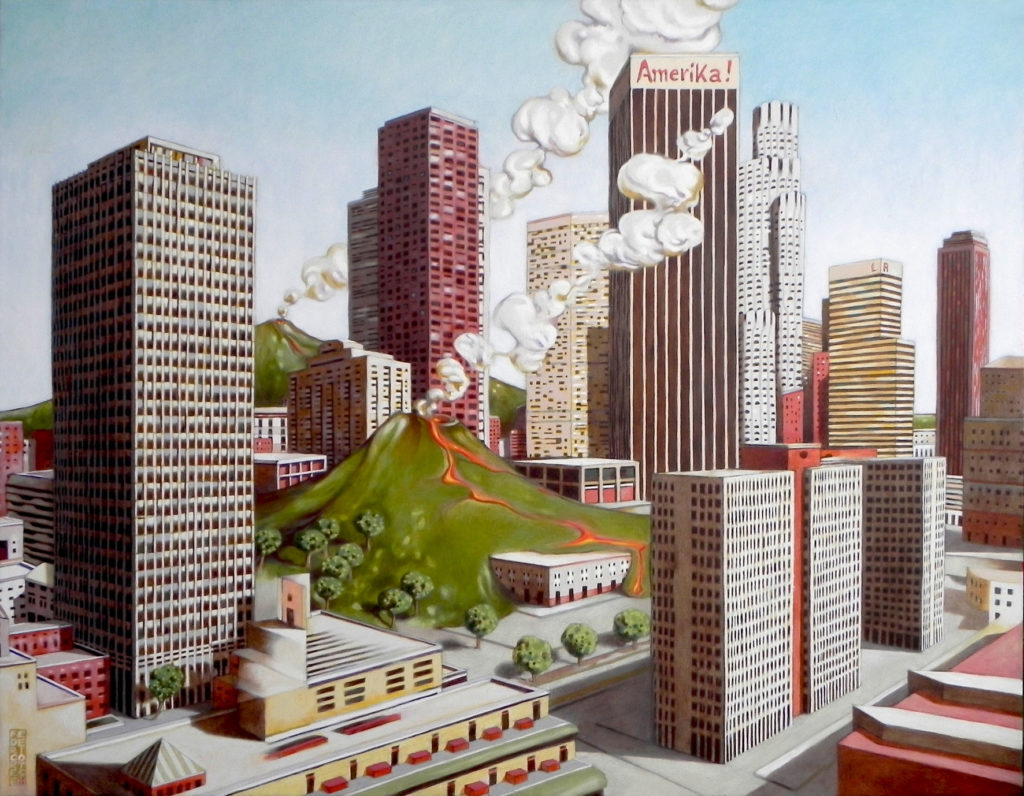 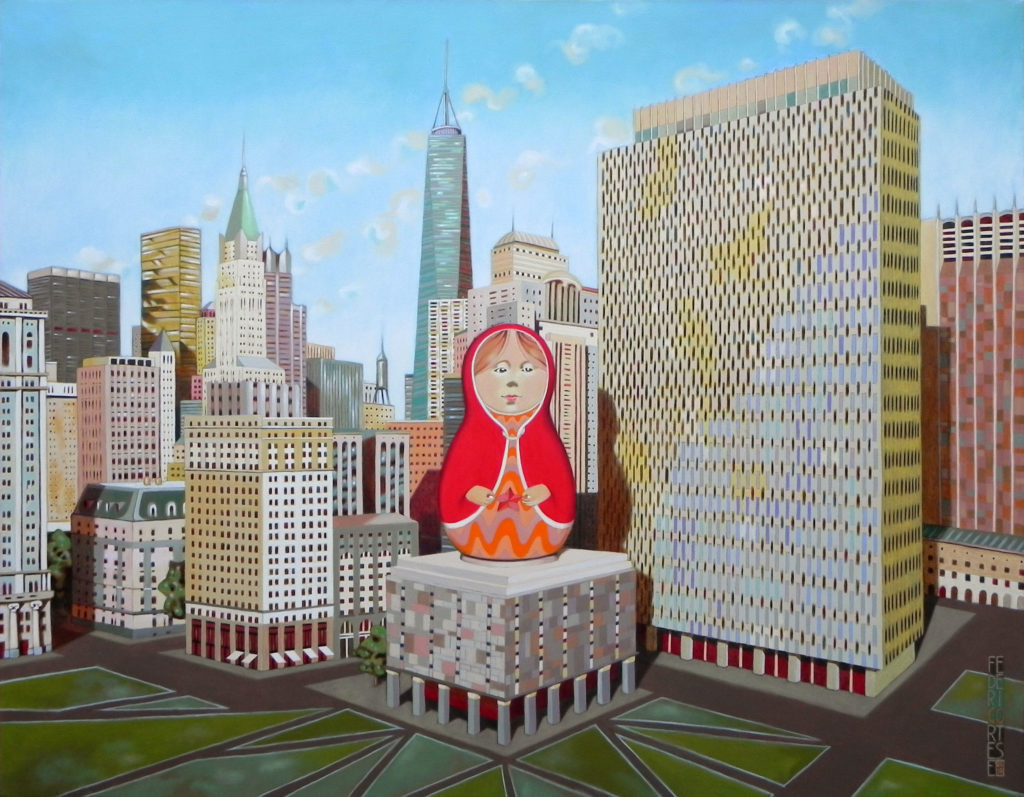 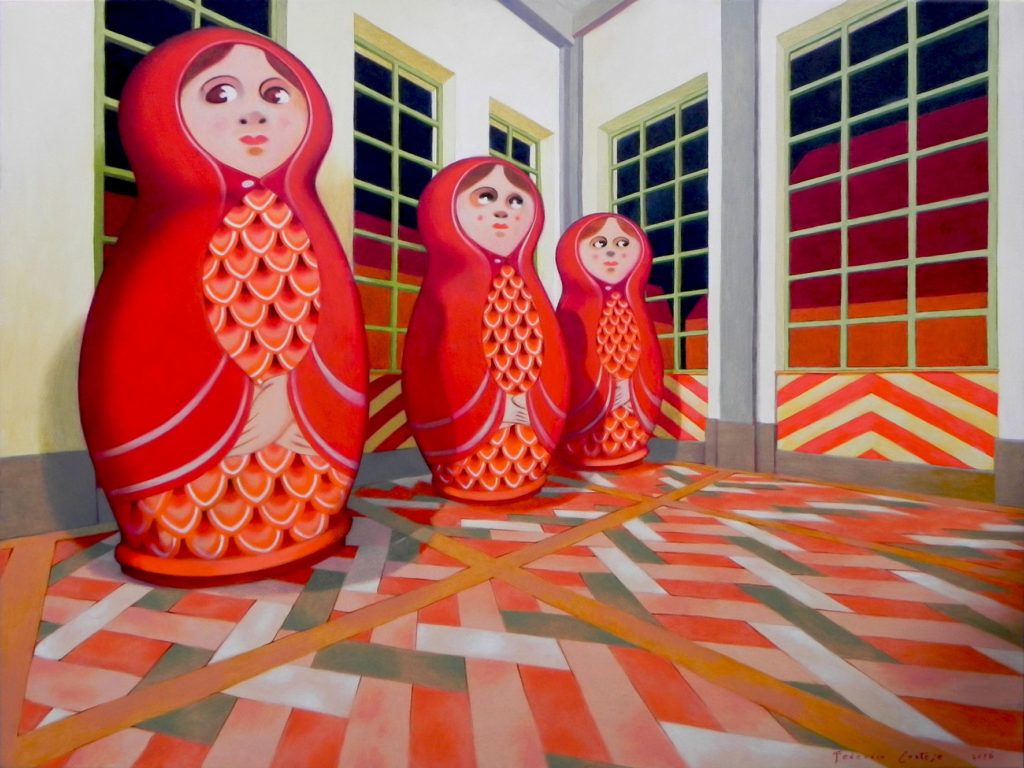 from the series “Abandoned rooms”, oil on canvas.

This series of paintings was inspired by the metaphysical landscapes of De Chirico. I have always been fascinated by their clear vision of the architecture, with the precise  design of the shadows, almost anticipating the modern use of three-dimensional modeling software. In the way I feel, however, more introverted and almost unsociable, the outer space is transformed into a closed one, private and protected, from which the human presence is totally gone away. In those rooms then, it may happen that some strange objects and some unexpected decorations appear, suggesting that the person who lives there has overcome the lack of relationship to the outside world with the richness and complexity of his inner world. 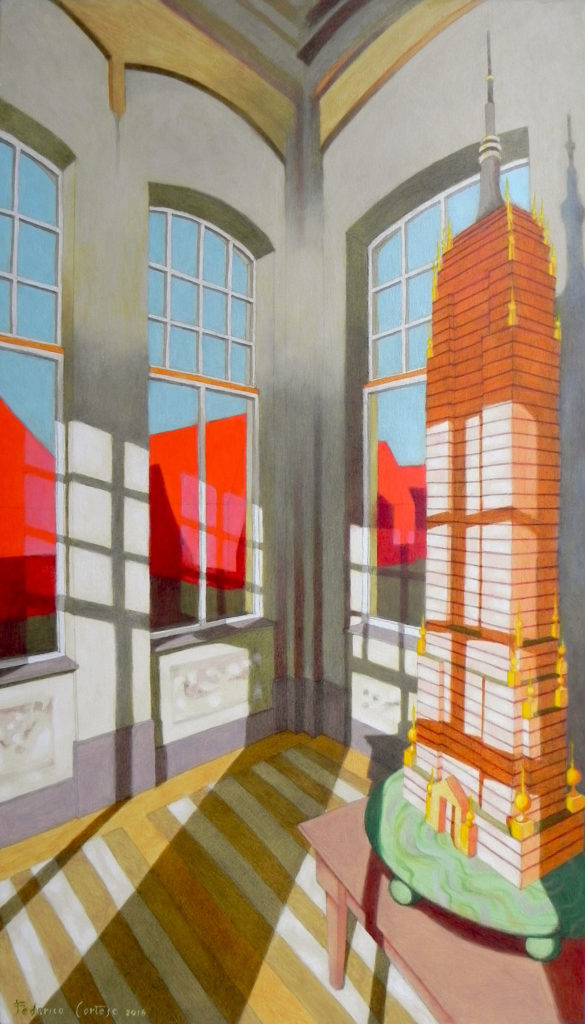 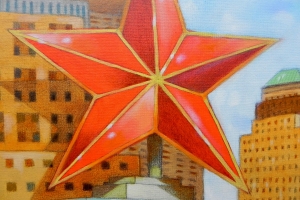 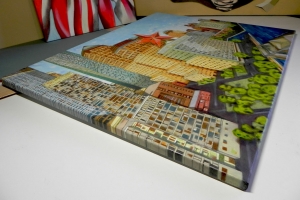 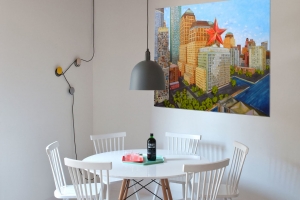 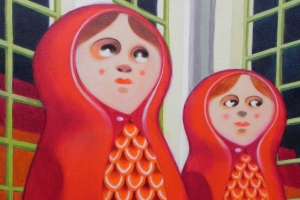 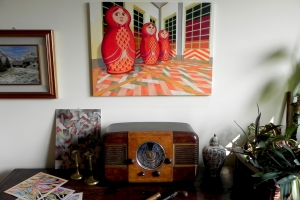 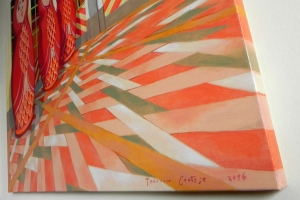 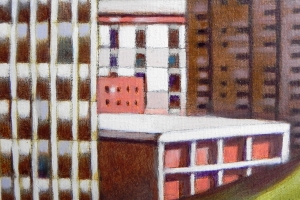 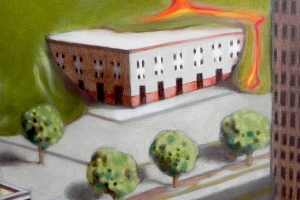 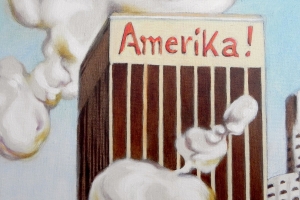 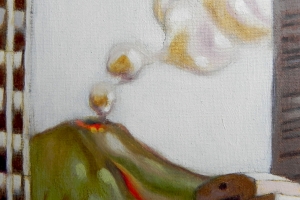 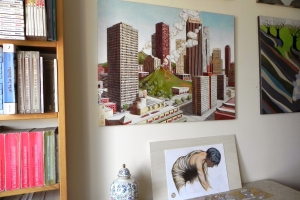 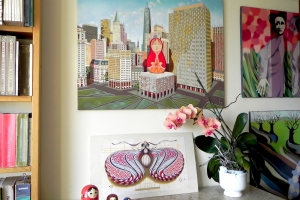 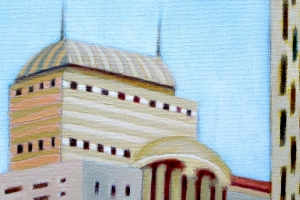 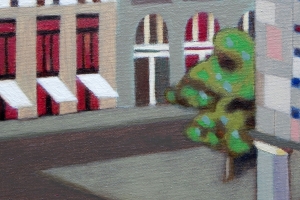 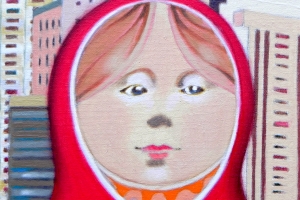